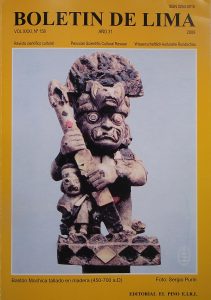 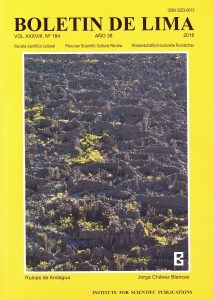 The article “Moche – Emblematics – The Geometrized Gods Image” was published in the Boletin de Lima Vol. XXXVIII No.184, 2016, edited in 2017, pages. 37-65. Here it is presented in two original version arranged by the author. A version in English language is unfortunately not available. Reference is made to the following abstract and the Spanish or German version of the article.

The iconography of ancient Peruvian cultures provides the background for the understanding of artwork found in Moche. Usually, the emblematic artworks can be identified in textile and ceramic products, but significant variations can also be observed in other objects, particularly in murals and reliefs. The identification of common motifs aids in the understanding of specific iconographic characteristics in other cultures of ancient Peru.

The iconography of Peruvian cultures in general, and the Moche emblematic symbols in particular, show that the Andean spiritual world is well represented by a trinity of divine images.